… We recall that the purpose of the Synod, and therefore of this consultation, is not to produce documents, but to plant dreams, draw forth prophecies and visions, allow hope to flourish, inspire trust, bind up wounds, weave together relationships, awaken a dawn of hope, learn from one another, and create a bright resourcefulness that will enlighten minds, warm hearts, give strength to our hands … (Pope Francis) 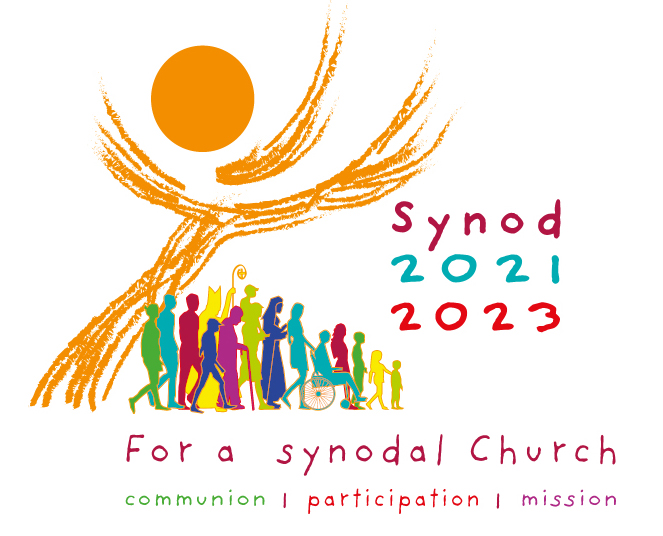 Click here to read the National Synthesis of the People of God in the United States of America for the Diocesan Phase of the 2021-2023 Synod.

Click here to read Voice of the Faithful’s Synod on Synodality Report that has been submitted to the General Secretariat of the Synod of Bishops in Rome. Note: The submission included the requested 10-page summary as well as the additional appendixes allowed by the Secretariat. The full reports from the scribes in all Synod sessions are in Appendix D.

Thank you for Making Your Voices Heard

The culmination of our many Synod sessions January through May, distilled to the 10 pages the General Secretariat required, went to the Vatican last week. As promised, we sent it directly to the Secretariat to ensure that your voices would be represented among the lay voices seeking to be heard in the Synod for Synodality. We included in the report three appendices, as was also allowed, including one with three separate reports from diocesan groups who had asked us to please submit their reports with ours. In addition to our Synod Submission, an additional appendix will be ready shortly, with the hundreds of pages of scribe reports from the 45 sessions we held.

We thank you for raising your voices–not just those of you who spoke through us, but also the hundreds of you who attended Synod sessions in your own dioceses to ensure lay voices pursuing our mission and goals would be heard there.

We especially thank Bev Spencer, who devoted hours of time to tracking registrations, assigning each registrant to two session dates, making sure facilitators and scribes were assigned for each session, and helping deliver links and preparatory materials when needed, along with any lists needed to tabulate the reports. Thank you to our Executive Director, Donna B. Doucette, who handled all the registration downloads and provided the preparatory videos and slideshows for our Synod sessions, and to Nick Ingala, our Communications Director, who kept the Synod page fresh and fielded all the inquiries to the office.

We thank the committee that helped us put all the sessions together, from setting up the questions and formats to hosting pilot sessions: Chris & Ethel Doyle, Don Garbison, Karen James, Margaret Roylance, Susan Vogt, and Paul Welsh. Thanks also to Mary Pat Fox and Margaret Roylance who helped Donna condense the hundreds of responses into a 10-page summary. And thank you to every one of you who served as scribes and facilitators during the six months; your assistance was invaluable!

We have posted the Synod report on our Synod page, and we will add Appendix D with the scribe notes as soon as possible.

All the resources that were available during the sessions will remain here, for later and ongoing reference. The initial global listening phase is only the first step in the ongoing return of our Church to its roots as a synodal Church, in action and in decision making. Resources to guide your efforts in the future will remain relevant.

“Why participate in the Synod?” https://www.youtube.com/watch?v=67AzH2ZlAac

Sr. Natalie Becquart (of the General Secretariat) on synodality: https://www.youtube.com/watch?v=xf4ixP21R6U

“A new way of being Church” by Prof. Rafael Luciani (one-hour lecture): https://www.youtube.com/watch?v=tsMhhRKzzcI

“From Episcopal Collegiality to Ecclesial Synodality,” a lecture by Prof. Massimo Faggioli: https://www.youtube.com/watch?v=31KMA5kZVD0

“Webinar: For a Synodal Church,” by Discerning Deacons features Profs. Kristen Colberg, Rafael Luciani, and Hosffman Ospino–all specialists in ecclesiology and synodality–speaking about what Pope Francis is inviting us to do.

“From the Margins to the Center” by Fr. Robert Choiniere for the New Ways ministry: https://www.youtube.com/watch?v=u6nk41o2-uk

VOTF video on what the Synod is and how to participate, presented by VOTF Executive Director Donna Doucette (videographer Vincent Rocchio)

Toward a Synodal Church: Co-Responsibility and the Lay Apostolate, presented by the Catholic Appostolate Center