During April of every year since 2002, Voice of the Faithful® has raised public awareness that child abuse can be preventable when institutions, community programs, and systems are engaged and work together. Research has identified factors known to prevent and reduce child abuse and neglect, including the education of parents, children, and the community to raise awareness of prevention measures.

On March 29, Pope Francis approved a new child protection policy for Vatican city-state, mandating that all the personnel of the Catholic Church’s headquarters report any suspicion of abuse of a minor or vulnerable person to the Vatican’s judicial authorities. Complaints from United Nations panels have for several years faulted the Vatican for its failure to “legislate” recommended child-protection regulations.

Pope Francis also obligated the church’s diplomatic officials around the world to report suspicions of abuse by other diplomats to the Vatican.

Olan Horne, a clergy abuse survivor who for many years has led efforts to obtain justice for all survivors, has started an online petition via Change.org to seek reforms in the ways dioceses respond to victims. Mr. Horne’s initial target for the reform petition was the diocese of Springfield MA, but he is now looking for signatures from those in other Massachusetts dioceses. “The petitions will be delivered after Lent to ask both eastern and western Massachusetts [bishops to] adopt a statewide policy for dealing with clergy abuse transparency and accountability now,” Olan says.

Included among the proposed changes is an independent clergy abuse reporting hotline–a step only a few dioceses have taken. Most still rely on phone calls to a special number at the chancery itself instead of to an independently operated hotline.

These are the intercessions posted on the USCCB website.

We pray that God may grant those affected by abuse in any way the courage to tell their story and seek healing; that they may see a just and adequate response to the abuse they have experienced; and that they may encounter the presence of Christ in their dark moments as they deal with their trauma. We pray to the Lord…

We pray that all Catholics who are scandalized, and reconsidering their affiliation with the Church, will remain rooted in Christ and advocate for justice for the survivors of abuse. We pray to the Lord…

We pray for those with disabilities, that by our witness to God’s love and through our service to his people, we may use our gifts to help bring about the kingdom of mercy and justice. We pray to the Lord…

We pray for nations and government leaders, that they may be effective in achieving peace and defending the rights of all, especially children and the most vulnerable. We pray to the Lord…

We pray that bishops, church leaders, and the faithful will promote justice and healing for victims and survivors of abuse; that those who commit sexual abuse and abuse their power will be held accountable; and that we will commit to protect the most vulnerable in our communities. We pray to the Lord…

We pray for the pope and for the college of bishops around the world, at this time of crisis and conversion, that they may lead the church to a deeper faith in God and a stronger love of others. We pray to the Lord…

Voice of the Faithful’s Annual Meeting is scheduled for October 19, 2019, at the Boston Marriott Newton. Our two-for-one registration has ended, but you can still enjoy the Early Bird Special: $95 per person. Just click here to register. 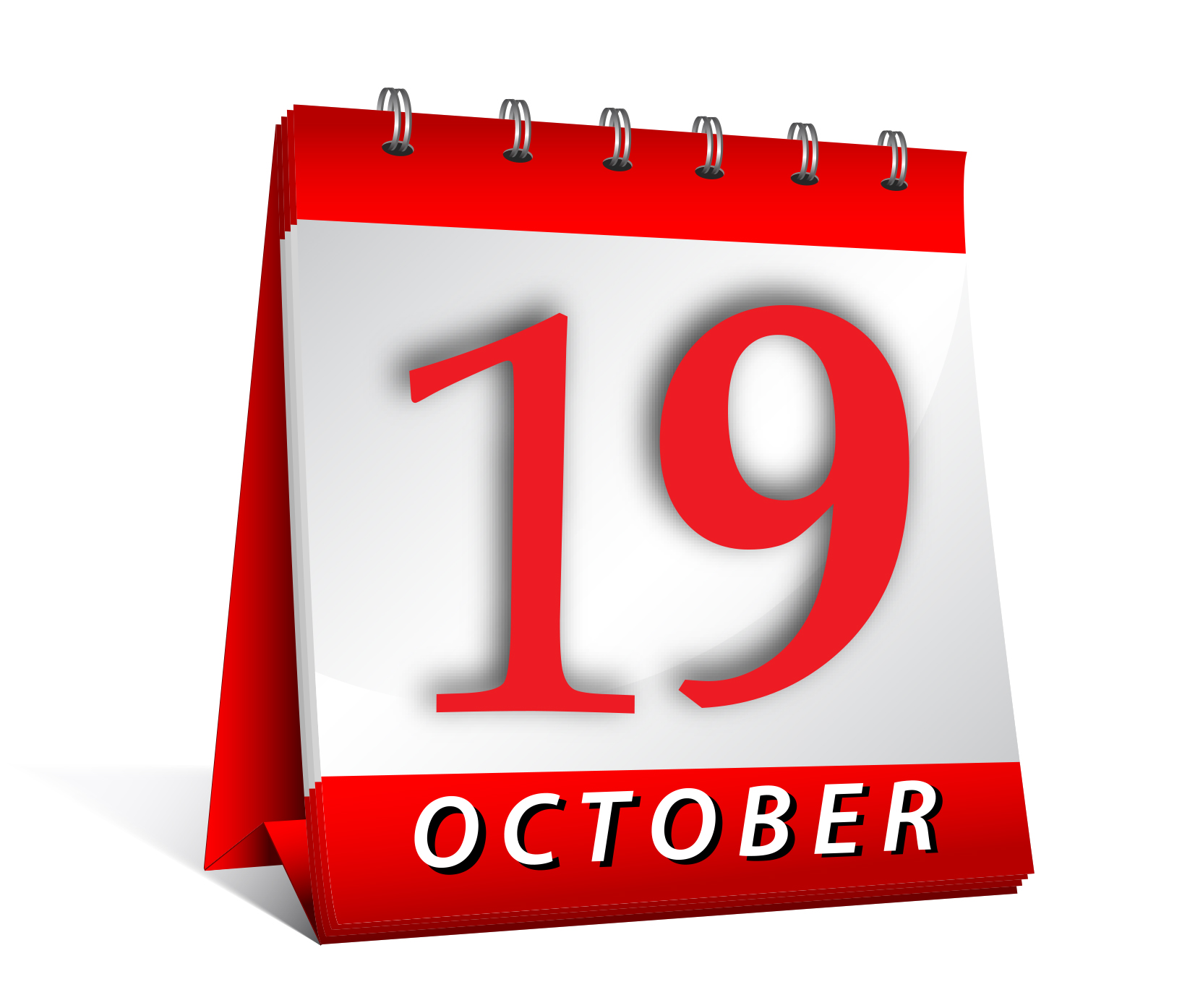 We have two great speakers for you: the Honorable Anne M. Burke, Illinois Supreme Court Justice, who last spoke to us in 2012 and previously led the USCCB’s National Review Board; and Prof. Richard Lennan from Boston College’s School of Theology and Ministry who was co-chair of their two-year Seminar on Priesthood and Ministry for the Contemporary Church.

We’ll also hear the latest on our diocesan financial transparency project and learn about the new child protection effort undertaken this year.

Plus, we’ve lined up a panel of Catholic parishioners from three dioceses who are sowing the seeds for reform through various action initiatives.

Sign up now so you won’t miss the meeting!

Bishops must look within their own culture
“It took a long time — decades, in fact — for understanding of the clergy sex abuse crisis to evolve to a point where it is now widely recognized that the scandal metastasized systemically, the abuse itself a twin evil with a cover-up that was repeated from country to country, continent to continent, in shockingly similar ways by the leaders of the Catholic Church. Clergy culture or clerical culture are quickly becoming well-worn descriptions of an entity that previously went by the more reverential term ‘priesthood.’” By Tom Roberts, National Catholic Reporter

Pope Francis refuses resignation of French cardinal convicted of cover-up
“French Cardinal Philippe Barbarin of Lyon said Pope Francis would not accept his resignation following his conviction for covering up clerical sexual abuse, so he has decided to step aside temporarily for the good of the archdiocese. The cardinal had met Pope Francis March 18 to hand in his resignation after a French court gave him a six-month suspended sentence in the cover-up case.” By Catholic News Service on Cruxnow.com

Pope accepts resignation of embattled Chilean cardinal
“Pope Francis has accepted the resignation of a Chilean cardinal who has faced widespread criticism for his handling of cases of clerical sexual abuse in the country. The pope accepted the resignation of Cardinal Ricardo Ezzati of Santiago, the Vatican announced March 23; the Vatican did not give a reason for the cardinal stepping down. All bishops are required to offer their resignations when they turn 75; Cardinal Ezzati is 77.” By Junno Arocho Esteves, Catholic News Service, in National Catholic Reporter

Ireland considers plans for seminarians to spend more time in parishes
“Under new plans being considered, Irish seminarians would spend most of their time working in parishes rather than in the traditional seminary environment. The plans would allow for more time involved in active pastoral work alongside priests and lay pastoral workers and would, according to one bishop, give them a more realistic insight into priesthood in contemporary Ireland.” By TheCatholicUniverse.com

Bishop Eamonn Casey accused of sexually abusing three women as children
“Three women made allegations that they were sexually abused as children by former Bishop of Galway the late Eamonn Casey, and two have received compensation as a result. In one of the cases, Bishop Casey, who died in March 2017 aged 89, admitted the abuse when he was serving as a priest up to 2005 in the south England diocese of Arundel and Brighton.” By Patsy McGarry, The Irish Times

Founder, board of Vatican women’s magazine quit
“ The founder and all-female editorial board of the Vatican’s women’s magazine have quit after what they say was a Vatican campaign to discredit themand put them ‘under the direct control of men,’ that only increased after they denounced the sexual abuse of nuns by clergy. The editorial committee of ‘Women Church World,’ a monthly glossy published alongside the Vatican newspaper L’Osservatore Romano, made the announcement in the planned April 1 editorial and in an open letter to Pope Francis that was provided Tuesday (Mar. 26) to The Associated Press.” By The Associated Press

Click here to register in advance for this meeting …

After registering, you will receive a confirmation email containing information about joining the meeting.

Father Steve’s Book Discussion Group will be held on the first three Mondays of May, 7:00-9:00 PM, in the Parish Hall. The book chosen by Father Steve this year is Unbelievable: Why Neither Ancient Creeds Nor the Reformation Can Produce a Living Faith Today, by John Shelby Spong (HarperOne publishers, 2018).

By tradition we start with the discussion right off at the first session, so anyone who is joining us should have obtained a copy of the book and read approximately a third of it, through the end of Chapter 12, “The Garden of Eden,” before arriving. Even though there is a bit left of the regular season, we are giving the details early so the reading may begin. At the second session we will discuss Chapters 13 through 25 (“Elijah Magnified”), and the final chapters, 26 through 37, at the third session.

Some of the old-timers with the book discussion group may remember that we read an earlier book by Bishop Spong, The Sins of Scripture, way back in 2006. He can be quite controversial, so the discussion should be lively.

Coffee, tea, hot chocolate, and munchies will be available during the sessions, although there is no formal refreshment break. There is no need to pre-register, there is no fee, and no charge for the refreshments, but a free will offering may be made to support the Adult Faith Formation program.

Learn about St. Joseph and about the qualities that make Saint Joseph the ideal model for Catholic fathers. Watch the video from America Magazine.