VOTF in collaboration with FutureChurch and the Association of U.S. Catholic Priests (AUSCP) is launching DeaconChat, a program to foster education and conversation on women deacons. The aim is to bring both clergy and laity into dialogue.

All three organizations have called for restoring this ministry. “Already in 2013, AUSCP called for consideration of ordaining women deacons. As the papal commission continues its work, it is important that Catholics — lay and ordained — undergo their own study and discernment of the history and present possibility of ordaining women to the diaconate,” said Fr. Bob Bonnot, Chair of the Association of U.S. Catholic Priests. “DeaconChat provides that opportunity.”

Donna B. Doucette, Executive Director of Voice of the Faithful, noted that VOTF first focused on women deacons in 2012 and sees DeaconChat building upon that commitment. “This new initiative will foster educational efforts and enrich dialogue on women deacons through three important components: learning, sharing, and connecting,” she said.

Deborah Rose-Milavec, Executive Director of FutureChurch, adds: “The initiative includes important educational materials, a link to purchase Phyllis Zagano’s book Women Deacons: Past, Present and Future, and guides for inviting clergy to dialogue. We hope Catholics in the United States and around the world will be inspired to start a conversation in their parish.”

FutureChurch has developed a wealth of information on women deacons, their histories, and the theological studies that support its restoration. The collaborative effort will lean heavily on the resources they have developed for the Catholic Women Deacons initiative.

You can start your own contributions to the dialogue by reviewing the resources available here or on the main DeaconChat page (external link) and by putting Dr. Zagano’s book on your summer reading list. You can purchase copies directly from the publisher, Paulist Press(link is external), or use the Amazon link at the right (a percentage of your purchase will be donated to VOTF).

If you’ve already read the Women Deacons book, lend your copy to a friend (consider a priest friend, especially) and read one of Dr. Zagano’s other books on women deacons. 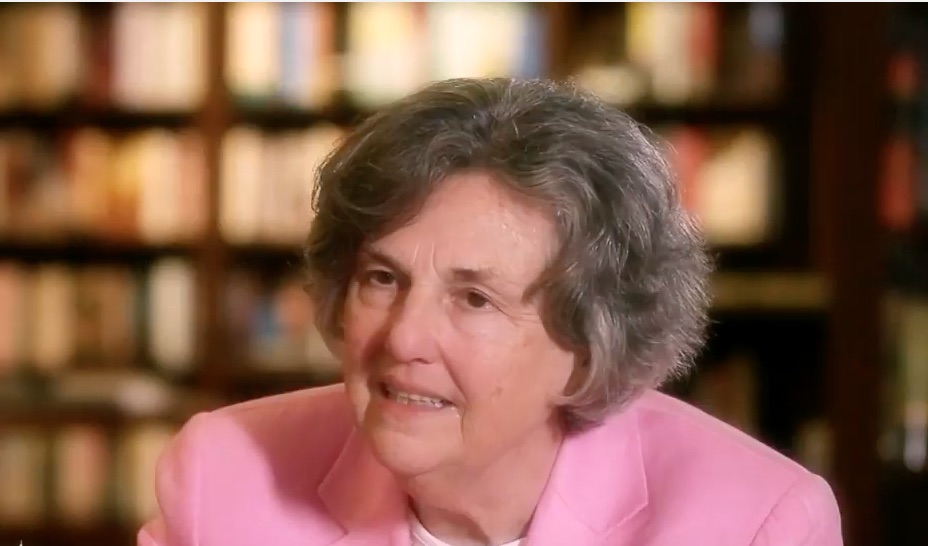 Also of interest: an interview with Dr. Phyllis Zagano by Sebatian Gomes of Salt + Light about restoring the diaconate for women. Just click Phyllis’s photo at the right to start the video.

You can read the press release from the three organizations by clicking here.

Remember, summer is a great time to catch up on your reading!

Voice of the Faithful and FutureChurch recently issued a statement urging U.S. Catholic Bishops to publicly support the restoration of the ancient practice of ordaining women deacons and to petition the Holy See to allow women to function in our Church as permanent deacons.

Historically, the release notes, both men and women served in this role, and women continue to carry out 80 to 85% of lay ministry in the Church*. The Second Vatican Council restored the permanent diaconate for men, and it’s time to include women as well. (*Source for data: Gray, Mark and Mary Gautier. Lay Ecclesial Leaders in the United States (2015), https://cara.georgetown.edu/lemsummit.pdf.) Restoring women deacons will serve significantly the common good of the People of God by enhancing pastoral ministry.

The Association of U.S. Catholic Priests will meet in Atlanta GA next week for their annual assembly. The overall theme is “Peacemaking in Our Fractured Society” and will feature as speakers Archbishop Wilton Gregory, Archdiocese of Atlanta; Bryan Massingale from the Archdiocese of Milwaukee; and Jack Jezreel, Founder of JustFaith Ministries.

The group will consider a series of resolutions and goals, including ones focused on clericalism, ordination of married men, seminary formation, immigration, non-violence, and priest-less parishes. Here’s a closer look at the questions AUSCP members will consider.

Voice of the Faithful will be represented at the Assembly again this year.

The Catholic Whistleblowers have issued an open letter to Gov. Andrew Cuomo to support enactment of the Child Victims Act in New York, according to VOTF member Sister Maureen Turlish, who is on the Whistleblowers Steering Committee.

“New York State needs to remove all statutes of limitations in both criminal and civil cases of child sexual abuse, as well as adding clergy to the list of mandated reporters and requiring criminal background checks for all employees and volunteers who work with children in either public or private settings,” the letter notes.

Advocates have tried for several years to reform the statutes of limitations laws on child sex abuse in New York, but they face vigorous oppostion from the Archdiocese of New York.

Fr. Mark Scholarship Funds are available to help a survivor or family member of a survivor who wishes to attend the 2017 National SNAP Conference at The Westin Alexandria in Virginia/Washington, DC. The SNAP Conference takes place August 11-13, 2017. The award amounts will be based on the needs of the individual applicants.

The Greater Cincinnati VOTF affiliate established the Fr. Mark Schmieder Memorial Education Fund in 2010 to encourage prevention, awareness, and healing of abuse trauma. Priority is given to applications from Ohio, Kentucky, or Indiana. However, victims/survivors from other states also are eligible and encouraged to apply. (For more information about the conference, visit https://www.snapnetwork.org.)

To apply, send an email stating your interest in attending the 2017 SNAP conference along with a brief statement (no more than ½ page) about your interest in advocacy, education, outreach, or your healing journey. Please be sure to include a contact phone number, mailing address and a statement of what help you are seeking (for ex: registration, lodging, transportation costs).

If you have questions about applying, please call 513-231-5271 or email info@votfcincinnati.org.

Mark Schmieder was an active member of teh Greater Cincinnati Voice of the Faithful affiliate since its beginnings in 2003. He was actively involved in the Cincinnati-Dayton SNAP network of survivors of clergy abuse, and in 2005 he gave testimony in Columbus OH supporting legislative changes to extend and eliminate the statute of limitations for childhood sexual abuse.

Fr. Mark advocated for better training for priests about the issue of abuse trauma, speaking in 2008 during the diocesan priest convocation of his own abuse and encouraging fellow priests to reach out pastorally to those harmed by abuse.

Pope tells Nigerian priests accept bishop or be suspended
“Pope Francis is giving priests belonging to the Diocese of Ahiara, Nigeria, 30 days to write a letter promising obedience to him and accepting the bishop appointed for their diocese; priests who do not write will be suspended, according to Fides, the news agency of the Congregation for the Evangelization of Peoples.” By Cindy Wooden, Catholic News Service, in National Catholic Reporter

Annual audit of church abuse allegations shows work still needed
“The 14th annual report on diocesan compliance with the U.S. Catholic Church’s Charter for the Protection of Children and Young People shows that church leaders have taken steps to help many find healing as victims of clergy sexual abuse, but there is still work to be done … Any allegation involving a current minor should remind the bishops that they must rededicate themselves each day to maintaining a level of vigilance.” By Carol Zimmerman, Catholic News Service

No one is monitoring former abusive priests
“The parents of boys who accused a priest of sexual abuse wrote to the Chicago Archdiocese more than two decades ago: ‘You’re repeatedly asking ‘what do we want’? It’s one more insult. ‘What we want’ should be totally obvious. We want something done about these priests.’” By Nicole Sotelo, National Catholic Reporter

Married priests: Groups call on U.K. church to have national, courageous conversation
“The ordination of married men to the priesthood ‘needs to be explored openly within the church in England and Wales at national and diocesan levels,’ the retired bishop of Portsmouth, England, has said. Speaking to NCR, Bishop Crispian Hollis said he was ‘increasingly aware’ of the pressure which priests are under due to the shortage of priests.” By Sarah Mac Donald, National Catholic Reporter

French cardinal to face new legal action over pedophile cover-up
“Almost a year after the French justice system decided to drop criminal proceedings against Cardinal Philippe Barbarin, the archbishop of Lyon, and six others for failing to report sexual abuse of boy scouts committed by a priest, the case has been reopened … ‘If we stop now, who will bring the debate into the public domain?’ said François Devaux, the head of La Parole Libérée (‘Lift the Burden of Silence’).” By Bénévent Tosseri, La Croix International

The church must build ‘spiritual ramps’ to sex abuse survivors
“… But what about the Catholic faithful who are inhibited from entering the church, not by a physical disability but a sacramental one? When survivors of sexual abuse by members of the clergy encounter the symbols of Christianity through which they were abused, they may experience feelings ranging from severe discomfort to panic attacks. I consider these ‘sacramental disabilities.’ By Lea Karen Kivi, America: The Jesuit Review (Ms. Kivi is a member of Voice of the Faithful’s Broken Vessel™ Healing Circles program leadership team.)

The Role of the Public Intellectual: Sister Joan Chittister invites all people who take seriously their role as Christians and citizens of their society to consider: What is a public intellectual and what are their responsibilities? Joan will give many examples and intersperse wisdom stories in offering an answer that demonstrates eight ways that we all can strengthen our society, our institutions, and our world.

Sacred Threads is sponsoring the event.

For group rates or for more information, please email: info@sacredthreadscenter.org

In his June prayer intention, Pope Francis asks us to put an end to the arms trade. “The world does not need merchants of death who get rich on war. We need peace.” Let us join the Pope in praying for this intention.

What Are You Reading? Or Watching?

“The Keepers,” a Netflix original series about the murder and cover up of Sister Cathy Cesnik “is a masterful, methodical journey into the continuing mysteries of this heartbreaking case. Nearly 50 years later, the wounds remain fresh in Baltimore—and the director Ryan White’s method of slowly unfolding the complex, sometimes contradictory real-life tale makes for painfully suspenseful viewing. This is not an easy show to watch. But once started, it is difficult to look away,” says America magazine’s Nick Ripatrazone

“While the series unlocks the church’s sins in the abuse crisis, it also documents the faith of women in this community as a shining light, a faith guided by the memory of Sister Cathy. Her memory is best survived by seeking justice.”

Read In Netflix’s “The Keepers,” a nun’s unsolved murder tears apart a Catholic community to learn more about this fascinating series. And if you’ve watched it, let us know what you think!

P.S. For Calendar, we are “top heavy” on events in the Boston area — because those folks are most faithful in sending us notices! But we are happy to publish YOUR event too, as long as you send it in time. Email Siobhan, the Vineyard editor.