Reimagining the Church:Reflections on the BridgeDialogues

On four Tuesday evenings last fall, the Lay Leadership Task Force of WATCH hosted a program using the BridgeDialogues in Mia Holman’s parish. Mia sent a report on the meetings from the parish bulletin, and we are happy to report on it here.

Thirteen lay people and three members of the clergy met to engage in conversation about the Church today. Drawn together by shared distress over the current state of affairs in the Church, as well as a desire to move forward in healing, this group addressed a variety of issues using a set curriculum. Acknowledging that the Church today is a far cry from the Gospel, participants engaged in respectful discussion by sharing opinions, concerns, hopes, and emotions. The group realized that, because of the complexities of an enormous, centuries-old institution, systemic change within the Catholic Church will be slow. However, there was emphasis on the phrase “think globally, act locally.” There is much we can do right now within our parish of St. Thomas of Villanova.

Some of the key take-aways from the discussion are:

1) The need for education of the laity. Most lay people are unaware both of their rights and responsibilities conferred on them through Baptism. Additionally, for most people, religious education ends after Confirmation. There is a need to try to engage churchgoers more fully in their faith life beyond Sunday Mass.

2) The need for the laity and the ordained to recognize, confront, and unlearn clericalism. Attitudes among clergy must shift from “set apart from” or “above” lay people to an attitude of servant leadership. The laity, while remaining respectful of clerics, must abandon a deferential attitude toward them.

3) The need for a greater role of women within Church ministries and leadership. This issue was one of the most frequently discussed and agreed-upon points throughout the discussions. The Church would be so much richer if it allowed women’s voices to be heard, in preaching and in leadership roles.

4) The need to engage young people in the Church. This is a most serious consideration regarding the future of the Church. (All participants in the BridgeDialogues were older than 50 years of age.)

5) The need for full transparency from the hierarchy regarding Church governance, particularly disclosure regarding the abuse crisis and regarding finances.

6) The need for healthier psycho-sexual development of seminarians.

7) Most importantly, the need to pray daily for our Church, realizing that it is only through the Holy Spirit that our Church will be renewed.

Consider hosting the BridgeDialogues in your own parish. 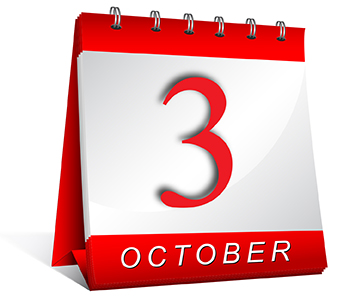 Pope Francis has indicated that he would favor the ordination of married men in areas of the world such as the Amazon, where a serious lack of priests jeopardizes the faithful’s access to the Eucharist. VOTF has long supported a new pastoral provision that would allow married Catholic men in the United States to be ordained priests. The present pastoral provision applies to male ministers from other faith traditions who wish to become priests. Such ministers can be ordained, and remain married, while married men born Catholic are denied the same opportunity.

Earlier this month, there were reports that a new book laying out the case against married priests had been co-authored by Cardinal Robert Sarah and the former Pope Benedict. Although Cardinal Sarah, the Vatican’s liturgy chief, claimed he had discussed his essay and the book’s authorship with Benedict, the spokesperson for the former pope, Archbishop Georg Gänswein, insisted Benedict had neither approved the manuscript nor agreed to be co-author. Within a few days, Benedict had demanded that his name be removed as co-author.

According to an article in Commonweal magazine, “After issuing an angry statement promising to forgive those who had “calumnied” him, he (Sarah) agreed to Ganswein’s request to ask the French publisher to remove Benedict as coauthor. (The book’s U.S. publisher, Ignatius Press, has so far refused, saying that, as far as they are concerned, the book was co-authored.)

What effect this dust-up will have on Pope Francis’ decision on married priests is hard to tell. But it certainly has fueled calls for the Vatican to establish more-formal requirements when a pope resigns. It has become increasingly clear that the so-called traditionalists (some say “extreme right wing”) in the Church will continue to try promoting Benedict as the “true” pope to cast doubt on the legitimacy of Pope Francis’ policies. There is only one pope, and his name is Francis, not Benedict, say those decrying this latest incident; they also say that Benedict should not have been allowed to name himself “pope emeritus” instead of the retired bishop of Rome.

To read more about VOTF’s position on a pastoral provision that would extend this opportunity to married Catholics, click here.

In his address on January 1 for World Day of Peace, Pope Francis declared, “Women are givers and mediators of peace and should be fully included in decision-making processes. Because when women can share their gifts, the world finds itself more united, more peaceful.”

Following his own preaching, for the first time in history, Pope Francis has appointed a woman to a senior managerial position in the Vatican’s Secretariat of State. He has named Francesca Di Giovanni, an Italian lay woman, to be the second undersecretary of the secretariat’s Section for the Relations with States, with specific responsibility for the multilateral sector, which deals with intergovernmental organizations at the international level and the network of international treaties.

There has been a lot of news coverage recently on dioceses that have been releasing (or not releasing) lists of credibly accused priests. But what of the socio-economic background or ethnicity of the victims? The Associated Press recently looked into this issue, finding that “of 88 dioceses that responded to an Associated Press inquiry, seven knew the ethnicities of victims.” Failing to report the ethnicities is a substantial oversight–it ignores the way that sexual abuse often disproportionately affects the most vulnerable communities.

Panel to call for more lay control in the Australian Church
“A six-person committee charged with reviewing church governance and management is expected to present Australia’s bishops with a plan to overhaul the management of the church in the country. The plan would cede control over financial, human resources and governance functions to professional laity, Jack de Groot, a member of the review committee, told Catholic News Service. The committee, established by the Australian Catholics Bishops’ Conference and Catholic Religious Australia in May 2018, expects to present the plan by late March.” By Michael Sainsbury, Catholic News Service, on CatholicPhilly.com

Did Benedict openly defend clerical celibacy?
According to the conservative French outlet Le Figaro, which released excerpts from a new book Jan. 12, “Retired Pope Benedict XVI has coauthored a new book defending the Catholic Church’s practice of a celibate priesthood, as Pope Francis is considering the possibility of allowing older, married men to be ordained as priests in the Amazon region. By Joshua J. McElwee, National Catholic Reporter

The timeline of articles below shows how rapidly Benedict disassociated himself and said he was not a co-author:

“A bill made public ahead of the 2020 legislative session would remove the ‘priest-penitent’ privilege when it comes to reporting abuse cases.House Bill 90, sponsored by Rep. Angela Romero, D-Salt Lake City, would demand that a priest, a bishop or any other clergy who receives a disclosure of abuse turn around and report that to law enforcement to investigate. If that clergy member doesn’t, they could face a misdemeanor charge. It also allows for the possibility of civil litigation by a victim, she told FOX 13.” By FOX-TV13 News

Catholic Church shields $2 billion in assets to limit abuse payouts
“For most of the 20th century, the Catholic Church in the U.S. minimized the damage wrought by pedophile priests by covering up the abuse. When the bishop of the Davenport, Iowa, diocese was told in the mid-1950s that one of his priests was sexually abusing boys at a local YMCA, he kept it secret. “It is consoling to know that no general notoriety has arisen, and I pray none may result,” he wrote to a priest, capturing the strategy of the era.” By BloombergQuintBy Josh Saul, BloombergQuint.com (Bloomberg Businessweek)

Archbishop Scicluna hails abolition of pontifical secret in clerical sex crimes
“Malta’s archbishop Charles Scicluna has hailed the abolition of the pontifical secret in cases of sexual violence and clerical abuse of minors, as an important step in working for justice for victims.Scicluna, whom Pope Francis appointed as the Holy See’s prosecutor on clerical sex abuse cases, said the abolition will mean certain jurisdictions cannot be excused from not collaborating with authorities on such cases.”By Matthew Vella, MaltaToday.com.mt

Church offers little outreach to minority victims of priests
“The Samples were a black Chicago family, with six children and few resources. The priest helped them with tuition, clothes, bills. He offered the promise of opportunities — a better life.He also abused all the children.They told no one. They were afraid of not being believed and of losing what little they had, said one son, Terrence Sample. And nobody asked, until a lawyer investigating alleged abuses by the same priest prompted him to break his then 33-year silence.”By Gary Fields, Juliet Linderman and Wong Maye-E, Associated Press, in Minneapolis Star Tribune

DrSeán Brady, the former primate of All Ireland, told an inquiry into historical abuse on Thursday (Jan. 2) that he and other Catholic clerics were sworn to secrecy about these tribunals so that the ‘good name’ of the church could be protected.”By Henry McDonald, The Guardian