Faggioli is professor of theology and religious studies at Villanova University, Philadelphia. He worked in the John XXIII Foundation for Religious Studies in Bologna from 1996 until 2008, when he moved to the United States. He was a visiting fellow at Boston College’s Jesuit Institute and taught at the University of St. Thomas in St. Paul before coming to Villanova. He was Vatican II Studies co-chair for the American Academy of Religion, 2012-2017.

Faggioli writes regularly for Italian- and English-speaking newspapers and journals on the Church, religion, and politics. He has a column in La Croix International and is a contributing writer for Commonweal and the Italian magazine Il Regno. His books and articles have been published in eight languages, and his scholarly essays focus on Vatican II, Church history in Italy, application of the council of Trent, Vatican diplomacy, and new Catholic movements.

He lives in the Philadelphia area with his wife and their two children.

Here are two links where you can learn more about Prof. Massimo Faggioli:

VOTF’s return guest speaker will be Marie Collins, international, international clergy abuse survivor advocate. Two additional speakers have been recently added: Prof. Massimo Faggioli, Ph.D., (see photo above) professor of theology and religious studies at Villanova, who is an expert on Vatican II; and William Clark, S.J., S.T.D., associate professor of religious studies at Holy Cross College, who specializes in the theology of the parish and lay leadership.

Register for the conference at this link to take advantage of the Early Bird Special reduced price of $85/person.

Make your hotel reservation now at a reduced rate by using this link to go to Marriott’s Voice of the Faithful reservations page. VOTF’s 2018 Conference takes place at one of the most popular time of the year for visitors to New England — Columbus Day weekend — so book your hotel room now. Use this link. 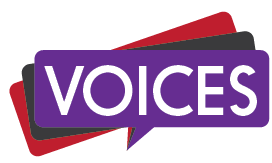 The following “Director’s Reflection” by Michael McGarry, C.S.P., was printed originally in the Feb. 3-4, 2018, bulletin of the Paulist Center, Boston MA.

Dear Companions on the Journey,

This weekend, Cardinal Seán [O’Malley] has called for all to be of Prayer and Penance for those affected by Clergy Sexual Abuse. Pope Francis requests churches around the world to pray and do penance for the harm done by clergy sexual abuse in the church. Thus we seek repentance for the sins of the Church, we pray for those who were abused, and we pray for continued healing for all those impacted by the abuse, including those who were abused, families, members of our church, and the community at large.

Here at the Paulist Center, we will be including prayers during the weekend masses. Like Catholic Churches everywhere, we seek to be a community of healing, of honesty about our own sins, and a place of safety for all. Through the years – long before I returned here in 2014 – our Administration has sought to be a healing community, including listening and healing sessions, supporting Voice of the Faithful (who sought to be a grassroots movement for reform in the church), and, most important, complying with the new guidelines and expectations to be a community safe for children…and for all.

This has not always been easy, as some have replied, “Oh, come on, this is just common sense.” Well, some requirements for me as a priest and for all ministers in the Church have to go beyond what was considered 1960 “common sense.” Many Church leaders were negligent, naïve, and even dismissive of new norms, sometimes not understanding them, sometimes feeling that “since I’m not a pedophile, I don’t have to follow these.” I don’t think personnel at the Paulist Center have ever felt that, but I have heard such sentiments among other priests. We cannot be vigilant enough when it comes to our children’s safety, even if the new norms may feel burdensome at times.

Most importantly we need to be a community on the watch – as they say in many cities, “if you see something, say something.” And we must be a community of healing for those who have been abused by Church leaders and for the families who have experienced the disruption and pain of sexual abuse. And we pray for those victims who have died, especially those who died through suicide or addiction, unable to cope with the pain, that they may now live in peace with Christ.

We’re not there yet, but I pray that we are on the way, on the journey. As Flannery O’Connor once said, “You will have found Christ when you are concerned with other people’s sufferings and not your own.” We are on the road and we need to be patient and gentle with one another.

What do you think?

And let us pray for/with one another.

Members of the Mid-Michigan VOTF affiliate sent the following letter to their local legislators.

The USA TODAY on 1-26-2018 reported that you are leading the charge in drafting legislation to produce real change for our children, by drafting legislation which would eliminate the 10-year statute of limitations for charging or filing a civil lawsuit against someone who is suspected of committing a sexual assault on a person under the age of 16. The Mid-Michigan affiliate of The Voice of the Faithful (VOTF) strongly supports this legislation which would now allow survivors of these horrific crimes to come forward in their own time, and seek justice.

The VOTF was formed in response to the sexual abuse within the Catholic Church and seeks change to remedy these situations and bring justice for the abused. We have seen numerous abuse cases where the victims of sexual violence need years or even decades to fully process the trauma of what happened to them. With existing statutes of limitation, for both criminal and civil cases, the victims have arbitrary time limits to overcome, which limits when they can address their accused assailant and seek some justice.

Senate bill SB-52, by Senator Steven Bieda, is working its way through the House Law and Justice Committee and will eliminate the statute of limitations for second- and third-degree criminal sexual abuse, but victims need more. Civil law needs to keep pace and provide victims a means to seek justice and compensation. Your proposed legislation gives that “silent” group an opportunity and an incentive to come forward and seek justice. We believe that there are numerous other cases of sexual abuse where the victims have never had a chance to face their abuser and your proposed bill can change that.

From the Pope: Pope Francis on Tuesday (feb. 6) released his message for the 2018 liturgical season of Lent, which begins on Ash Wednesday, Feb. 14. The theme of this year’s message is: ‘Because of the increase of iniquity, the love of many will grow cold’ (Mt 24:12). Click here for the full text of the Pope’s Lenten message.

From the Jesuits: Looking for some more Lenten resources? Check out jesuits.org/lent, which will continually be updated as resources become available.

And from VOTF: Check your emails each Sunday in Lent for a reflection written by a VOTF member, along with links to the Liturgical Readings for each day of the week. Click here for the first Sunday in Lent.

2015 letter belies pope’s claim of ignorance
“Pope Francis received a victim’s letter in 2015 that graphically detailed how a priest sexually abused him and how other Chilean clergy ignored it, contradicting the pope’s recent insistence that no victims had come forward to denounce the cover-up, the letter’s author and members of Francis’ own sex- abuse commission have told The Associated Press. The fact that Francis received the eight-page letter challenges his insistence that he has ‘zero tolerance’ for sex abuse and cover-ups. It also calls into question his stated empathy with abuse survivors, compounding the most serious crisis of his five-year papacy.” By Nicole Winfield and Eva Vergara

Pope Francis’ blind spot on sexual abuse
“The overwhelming consensus in the media is that Pope Francis has a blind spot when it comes to sexual abuse. He may be on the side of refugees, migrants, the sick, the poor, the indigenous and other marginalized peoples, but he just doesn’t get it when it comes to victims of abuse. The evidence for this assertion is the pope’s unwavering support for (Bishop) Juan Barros …” By Thomas Reese, Religion News Service, in National Catholic Reporter

Church defrocks former St. Peter-Marian headmaster named in sex-abuse case
“A Catholic priest named in one of the Worcester Diocese’s largest sex-abuse settlements has been laicized, or defrocked, the diocese announced Thursday (Jan. 24).Peter J. Inzerillo, at his own request, was ‘dispensed from the clerical state’ by Pope Francis, the diocese said. As a result, Mr. Inzerillo ‘may not function in any capacity as a priest or be referred to as a priest or as ‘Father.’” By Mark Sullivan, Worcester Telegram & Gazette

Are these 66 Catholic schools, parishes ignoring rules meant to stop sex abuse?
“More than six dozen parishes and schools in the Archdiocese of Newark may be out of compliance with a policy meant to protect children from sexual abuse, documents obtained by NJ Advance Media show … As part of that policy (2002 Dallas Charter) and in order to sustain accountability, parishes and schools were required to submit annual reports to the diocese.” By Erin Banco, New Jersey Advance Media for NJ.com

Millennial women disengage from Catholic Church: blame the barriers
“America magazine and Kerry Weber have provided us with an in-depth portrait of women in the church, both in the past and in the present … The America article and its survey show that women in the church have had enough. They are choosing to no longer be the mainstay of keeping the church afloat. The issue is not that women are actually leaving … Instead, they are disengaging …” By Pat Perriello, National Catholic Reporter